Thorson will be responsible for developing and managing a member-centered legislative agenda to build power for LIUNA members and working people. His primary objective will be to lift up members’ voices and stories, highlighting Laborers’ work in the field, raising awareness of skilled construction career opportunities, building relationships with policymakers, and partnering with allied organizations to advance our policy priorities: creating family-supporting jobs, upholding construction industry standards and building a better future for our communities. 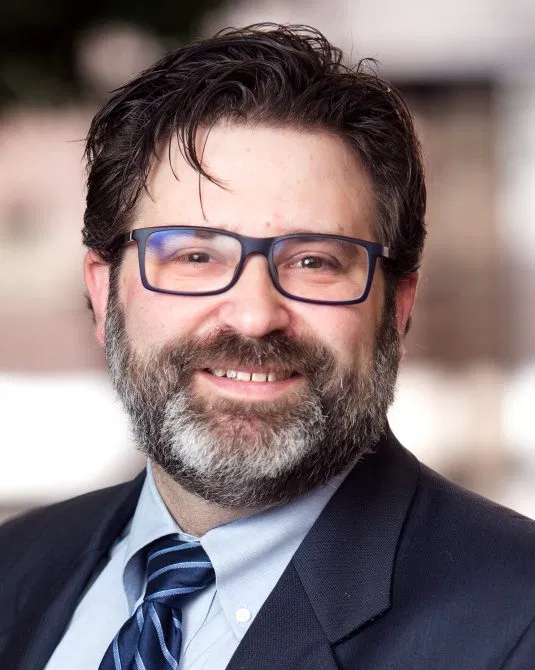 “I look forward to working with LIUNA Minnesota and North Dakota’s leaders and members to advance the interests of more than 12,000 construction laborers,” said Thorson. “As trades workers face an uncertain construction cliff, it is critical to help our lawmakers understand and act on the real need to invest in Minnesota’s transportation and energy infrastructure while ensuring the creation of thousands of local, high-quality and family-sustaining union jobs.”

Thorson has a deep background in labor organizing and legislative and political advocacy. As a telecommunications worker, he and his co-workers successfully organized a union in 1993. Thorson was then hired by AFSCME Council 14 as Political Representative and was responsible for building a new, member-centered political program to develop member leaders, help labor champions win elections and strengthen the union. He completed a two-decade tenure with the later merged AFSCME Council 5 as Legislative Representative and specialized in tax policy, local government, investments in public services, and government redesign. Thorson also brings valuable experience as former Workforce Development Director for Hennepin County, where he led a regional effort targeting racial employment disparities by removing barriers inherent to legacy hiring practices, and by aligning government operations, services and purchasing to increase economic inclusion of BIPOC individuals and those returning from incarceration to the community.

“We are excited to bring on John, a highly respected relationship builder and legislative and political strategist,” said Joel Smith, President and Business Manager. “This hire demonstrates the commitment of Minnesota’s infrastructure union to take our legislative impact to the next level. Our members can count on LIUNA to have a strong voice at the state capitol for family-sustaining jobs and all workers’ freedom to prosper.”

Thorson joins Kris Fredson, Liz Xiong and Kevin Pranis on LIUNA Minnesota’s legislative and political team. He holds a Communications Studies B.A. from Macalester College and was a Policy Fellow at the University of Minnesota Humphrey School of Public Affairs.

RT @GovTimWalz: Oil refineries are high-hazard workplaces, which is why we need to pass the Safe and Skilled Workforce Act to ensur… https://t.co/KyhxqPGtZ8
- 2 hours 44 min

RT @KatieWhite612: We stopped by bike at a construction site and a laborer was very friendly with the 2 year old which she really appr… https://t.co/mW5euFqKz8
- 22 hours 53 min